Luisana Lopilato Body Size: Luisana Lopilato is an Argentine female actor, model and singer. She is best known for television roles as Luisana Maza on Chiquititas, Mía Colucci on Rebelde Way, Allegra Riganti on Alma Pirata, Paola Argento on Casados con Hijos, and Nina Lacalle on Atracción x4. In 2013, she played a young cancer victim in the second season of the Argentine remake of In Treatment, En terapia, the local adaptation of In Treatment aired on TV Pública, the public channel managed by the National Government. She has also played prominent roles in the films Plumíferos, Los que aman, odian, Erreway: 4 caminos, Dad for a Day, and the 2018 film Perdida. Born Luisana Loreley Lopilato on May 18, 1987 in Buenos Aires, Argentina, to parents Beatriz and Eduardo Lopilato, she has a sister named Daniela, and a brother, Darío. She belongs to Italian descent. Lopilato was discovered by a talent scout at the age of 6. She made her acting debut in the television series Mi familia es un dibujo in 1995, and worked as a child model. She has been married to Canadian singer Michael Buble since March 31, 2011. Together they have two sons, Noah and Elias, and a daughter, Vida. 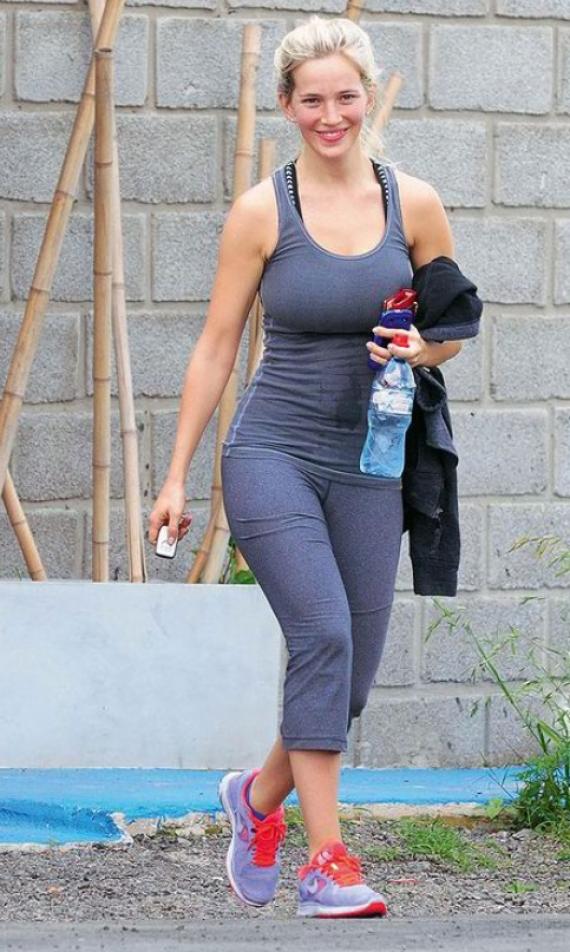 Luisana Lopilato Social and Career Information Details:
✾ She was born on May 18, 1987 in Buenos Aires, Argentina.
✾ She is a dual Italian/Argentine citizen.
✾ She ranked #86 in 2009, #17 in 2010 and #11 in 2011 in FHM’s (Spain) 100 Sexiest Women in the World editions.
✾ She supports Argentine football club River Plate Football Club.
✾ She was once engaged to boyfriend and fellow actor Mariano Martínez (2005-2006).
✾ She was previously in a relationship with Felipe Colombo from 2002 to 2004, and tennis player Juan Mónaco from 2006 to 2008.
✾ Her son Noah was diagnosed with cancer in November 2016.
✾ Visit her official website: www.luisanalopilato.com
✾ Follow her on Twitter, Facebook, YouTube, and Instagram.