Dakota Johnson Body Size: Dakota Johnson, conceived October 4, 1989, is an American female entertainer and design model. She was conceived Dakota Mayi Johnson in Austin, Texas, and is the girl of entertainers Melanie Griffith and Don Johnson. She is most popular for her TV part as Kate Fox on Ben and Kate. 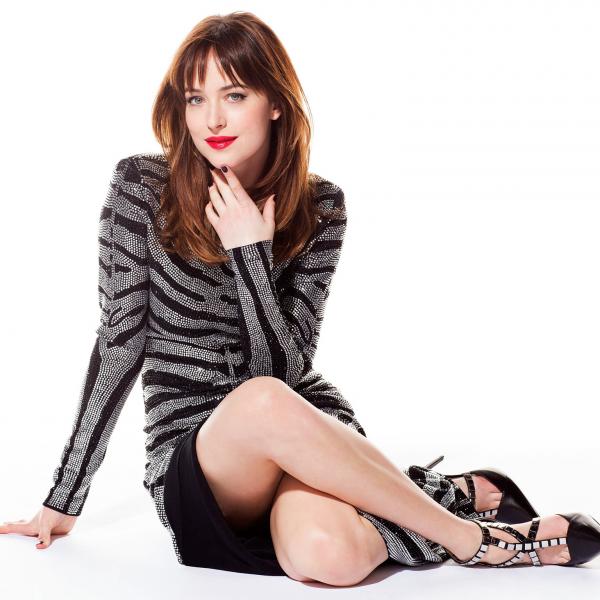 And she is likewise referred to for her part as Anastasia Steele in the 2015 film Fifty Shades of Gray. She has six kin. On her mother’s side, Stella Banderas and Alexander Bauer, and on her dad’s side, Jesse, Deacon, Jasper and Grace Johnson.

Relationships/Affairs/Boyfriend:
✾ Jordan Masterson (2011-2014)
✸ Benedict Cumberbatch (2013)
✾ Matthew Hitt (2014)
✸ Dakota has been in a now and again relationship with Welsh model Matthew Hitt since 2014.
Dakota Johnson Favorite Things:
✾ Her main tune, on the Fifty Shades of Gray (2015) soundtrack, is “Pack animal” by The Rolling Stones.
✸ Her number one book is the 1955 novel, Lolita, by Vladimir Nabokov.
✾ Her number one tone is orange.

Dakota Johnson Social and Career Information Details:
✸ She is the girl of entertainers Don Johnson and Melanie Griffith.
✾ Dakota was named Miss Golden Globe 2006.
✸ She’s An Animal Rights Activist.
✾ As a youngster, She was an eager artist. She moved for a very long time, acting in ballet productions like The Nutcracker just as other school plays.
✸ She made her film debut close by her mother at age 10 in the 1999 film Crazy in Alabama.
✾ Dakota got known for her supporting film jobs on 21 Jump Street and The Social Network.
✸ Her parentage incorporates English, Welsh, Swedish, German, Norwegian, Scots-Irish (Northern Irish), Irish, Scottish, and far off Dutch.
✾ Three things she generally conveys in her handbag: keys, Chap-Stick and candy.
✸ She has a canine named Zeppelin.
✾ Dakota erased her private web-based media Instagram account and quit posting pictures on her public record because of negative remarks from web savages.
✸ She showed up in the finale of The American Office.
✾ Her companions incorporate Paris Hilton and Mary-Kate Olsen.