Maisie Williams Body Size: Maisie Williams is an English female actor and dancer. She became widely known for her role as Arya Stark in the HBO series Game of Thrones, for which she won the EWwy Award for Best Supporting female actor in a Drama, the Portal Award for Best Supporting female actor – Television and Best Young Actor, and the Saturn Award for Best Performance by a Younger Actor. She played recurring role of Loren Caleigh in the BBC series The Secret of Crickley Hall and appeared in the 2012 film The Olympic Ticket Scalper. Born Margaret Constance Williams on April 15, 1997 in Bristol, England, UK, Maisie is the youngest child in her family alongside her three older siblings James, Beth, and Ted. She attended Clutton Primary School and Norton Hill School in Midsomer Norton, and studied performing arts at Bath Dance College. She made her professional acting debut as Arya Stark in the HBO fantasy television series Game of Thrones (2011). She made her feature film debut in the 2014 mystery The Falling, for which she won the London Film Critics’ Circle Award for Young Performer of the Year. 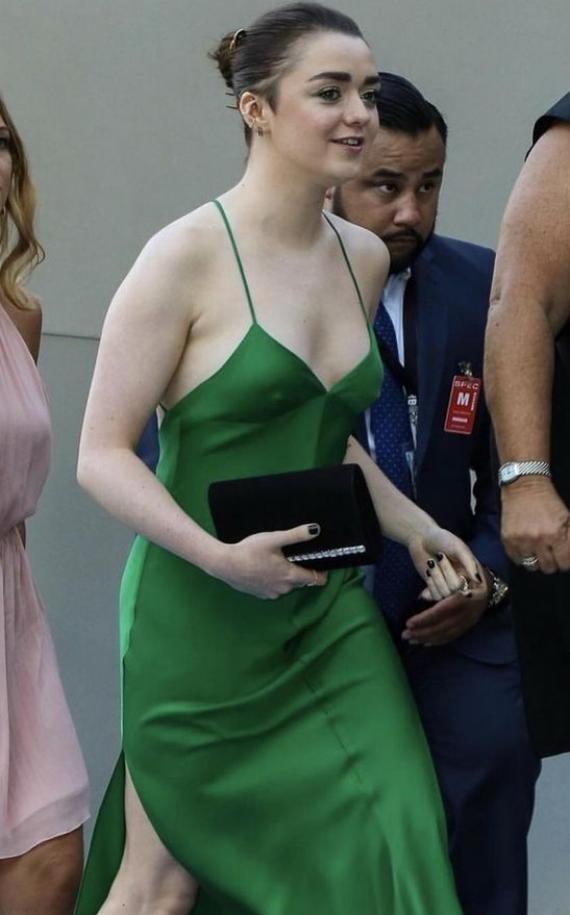 Maisie Williams Social and Career Information Details:
✾ She was born on April 15, 1997 in Bristol, England, UK.
✾ She is the youngest of four children, with brothers James and Ted, and sister Beth.
✾ Her parents got divorced when she was young.
✾ She was raised by her mother and her stepfather.
✾ She started studying ballet and other forms of dance at the age of 11.
✾ She does gymnastics and trampolining.
✾ In 2015, she was named as one of European films’ Shooting Stars by European Film Promotion.
✾ She is good friends with Isaac Hempstead Wright and Sophie Turner.
✾ Follow her on Twitter, Facebook, YouTube and Instagram.